Over the years we’ve welcomed many ex-military candidates into our work experience, apprenticeship and permanent posts, benefiting from the variety of transferable skills and qualities that the armed forces community have been able to bring to our workplace.

Commodore Martin Quinn, Commander of the Maritime Reserves said of the signing: “There are almost 40,000 reservists in the United Kingdom, as well as well over 100,000 regular service people who one day will want to take on a different career path. They bring with them a portfolio of skills and a range of experiences and behaviours that are very beneficial to the modern working environment. Making a pledge of support publicly also makes a statement to the Armed Forces community that there are organisations out there that value them. I would just like to say a very sincere thank you to the Sureserve Group of Companies for being so supportive of the Armed Forces community.”

Meet Greg Hunter, who joined Aaron Services from the Armed Forces in 2018.

Stationed in Colchester, Greg joined the Army at the age of 22; serving 9 years as a Paratrooper. Having decided to leave the forces, and following recommendations from friends his mind was set on becoming a gas engineer. He was drawn to the role through his love of fault finding and of manual work.

Before leaving the Army, Greg undertook an ACS new entrant course at a specialist training facility; involving work experience placements and study. Completing this, he achieved all relevant qualifications and was a qualified engineer. Having completed his work experience at a local firm in Colchester, Greg had verbally been advised a role would be offered to him upon his formal exit from the forces. Greg was left disappointed when this wasn’t the case; the firm advised he would have to complete a further 3 years study before a role would be offered, as they had reservations about him dropping out of the industry in the interim.

At this point Greg reached out to Aaron Services Ltd, explaining his situation during a phone call to his local branch. Our Contracts Manager Wes Wallace invited him in for an interview, during which our Improver role was discussed. The role is aligned to those who have all relevant qualifications, yet lack practical experience, or confidence in their abilities. Greg was ecstatic to be offered this role, stating the whole Aaron team were so friendly, approachable and understanding of his predicament, and prepared to help him along his resettlement journey.

Leaving the forces on the Friday, Greg couldn’t wait to join our team and started with us the following Monday; having been married for 3 years, and living off the camp, he found it easy to adjust. Greg’s first week was spent shadowing another engineer, following which he was assigned his own appointments. Understanding that Improvers require assistance, his workload schedule was at a reduced level to that of our Gas Engineer’s.

“I had all the support of the Team Leaders, colleagues were always there when I needed them – just a phone call away, and able to offer good advice. The workload was manageable, and if I got stuck another local engineer was found on the tracker and came out to help me.”

Since joining Aaron Services Ltd in November 2018, Greg has expanded his knowledge; having been put through additional qualifications in unvented, oil and manufacturer specific training, also receiving on the job training from his Team Leader. Through Greg’s dedication, Wes approved Greg’s promotion to a Gas Engineer in August 2019. Realising how supportive the Aaron team are, Greg encouraged one of his friends (who were also planning on exiting the forces) to apply with us. Whilst still enrolled, his friend has been able to complete work experience alongside Greg; upon exiting in January 2021 he hopes to join us in the Improver role too.

When asked to summarise the Improver process Greg states:

“The improver role at Aaron is perfect for anyone getting out of the military and has a mind for fault finding and finding out the ‘why’. There will be ups and downs but stick it out, and with the support of everyone at Aaron everything will fall into place after a while.”

Back to all case studies 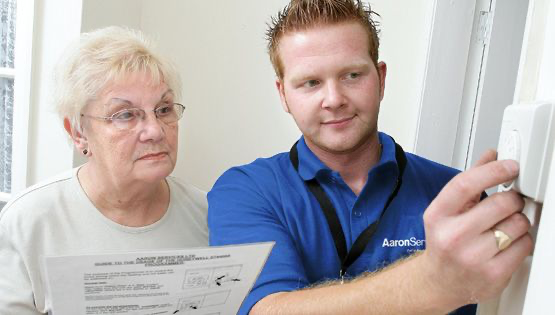 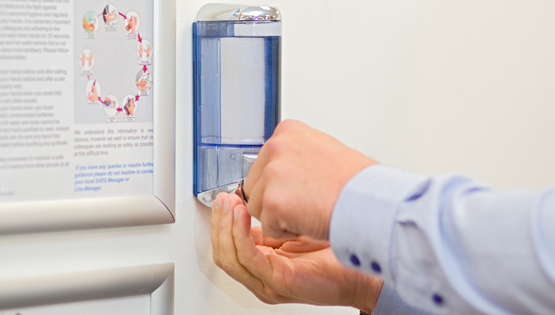 COVID Secure accreditation for our businesses