Formed in 1996, we have grown into one of the industry’s leading businesses providing multi fuel heating and hot water specialist services.

From humble beginnings, Aaron Services were established in 1985 by Dawn and Allan Wright trading with one van from the family home. Supported by current Financial Director Rosie Prior, as the company Accountant.

By 1996 the company had incorporated as a Limited Company, securing it’s first social housing gas contract with Ipswich Borough Council in the late nineties. The family opened their first operational depot in Needham Market, Suffolk, supporting an increased van fleet of around 15 vehicles.

In 2006, Aaron won their first contract to include Electrical installation Condition Reporting with City of Lincoln Council, since this initial award the Electrical division of the business has gone from strength to strength and alongside renewable heating, is one of the fastest growing areas of the business

Over the years that followed Aaron Services expanded across East Anglia and the Midlands securing year-on-year capital growth. In 2009 Dawn retired from the business.

2015 saw the retirement of Allan and Aaron Services join the Sureserve Group PLC, re-establishing brand identity, to the livery you see today.

Today, Aaron Services continue to grow from strength to strength, having enjoyed over 6 successful years on the London Stock Exchange as part of the Group, securing consistent turnover in excess of £28m, supporting more than 350 employees and a fleet of more than 250 vehicles... and to think it all started with just one van at the family home. 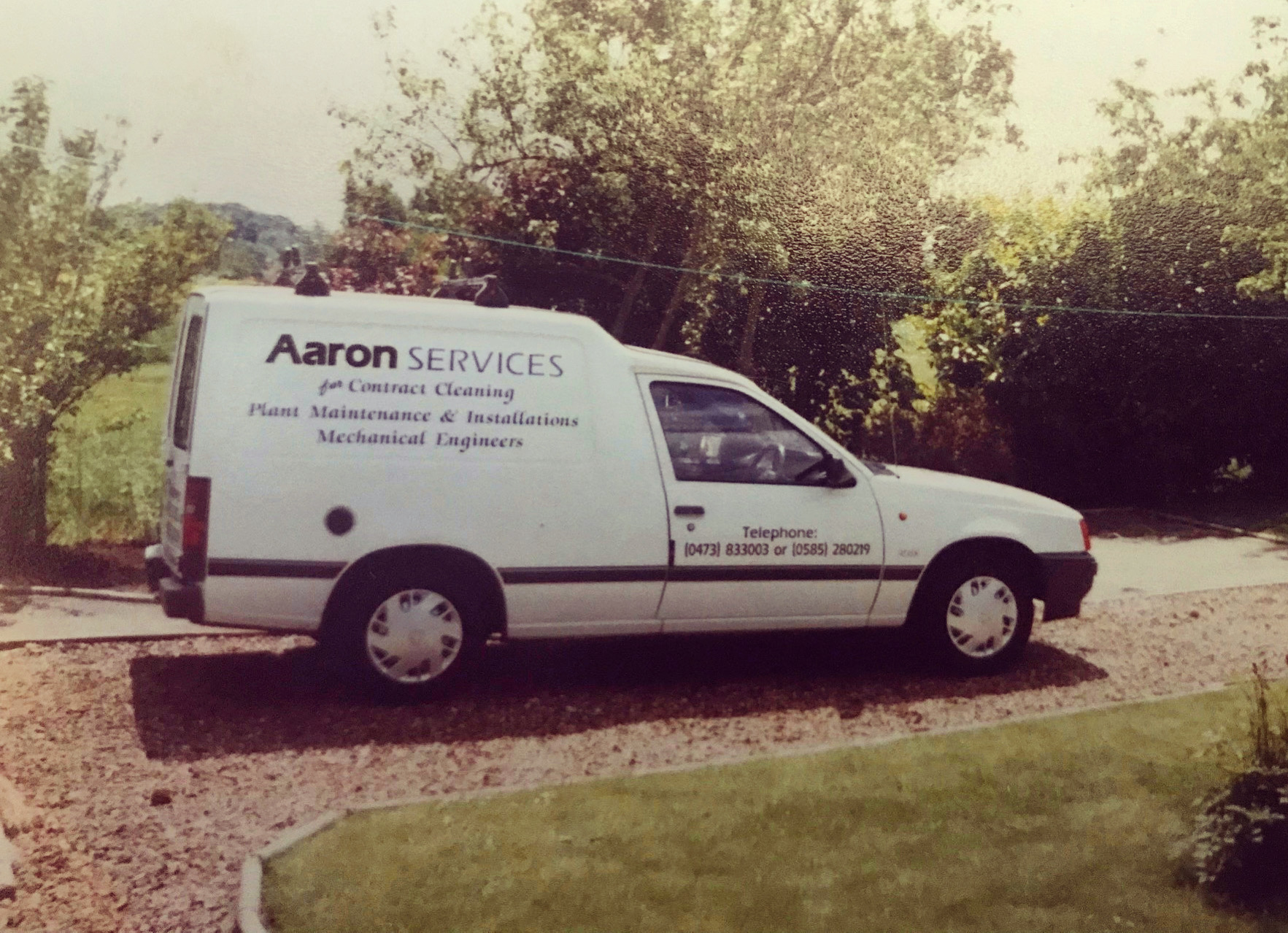 Aaron Services first van in circa 1985